When It Gets Cold, Thank Goodness For Fossil Fuels

By Parker Beauregard - The Biden administration, through its stated mission and explicit actions, is killing Americans today and will certainly be responsible for killing an untold number more if their vision for climate justice endures. If there is any consistency in the media’s logic about Trump being responsible for Covid deaths, then at the very least Biden’s administrative … When It Gets Cold, Thank Goodness For Fossil Fuels is original content from Conservative Daily News - Where Americans go for news, current events and commentary they can trust - Conservative News Website for U.S. News, Political Cartoons and more.

The Biden administration, through its stated mission and explicit actions, is killing Americans today and will certainly be responsible for killing an untold number more if their vision for climate justice endures. If there is any consistency in the media’s logic about Trump being responsible for Covid deaths, then at the very least Biden’s administrative choices can only be construed as killing Americans, too. On that topic, Biden is already responsible for some 85,000 additional Covid deaths. Who would know, though, since the media outlets removed their tickers?

As it relates to the quixotic pursuit of stopping the earth from spinning, in his short tenure the Biden administration has already engaged in disastrous climate policymaking. He prominently suspended the construction of the Keystone XL pipeline, a move that will not prevent the United States from getting the very same oil, but will in fact only make the enterprise more expensive and generate additional pollution (trucks and trains, rather than the pipeline, will transport oil). None of this helps America’s ability to remain energy independent, and indeed, increases the likelihood that we will return to a position where we depend on totalitarian dictatorships for their reserves. No explicit benefit to the executive order has ever been named.

There is also America’s reentry into the Paris Climate Accords. Like the pipeline absurdity, this is another feel-good moment for Democrats that rings entirely hollow. The non-binding and unenforceable agreement holds developed nations willfully hostage while simultaneously ignoring the largest polluting countries and other developing countries who rely solely on fossil fuels. Wealthier nations in North America and Europe cannot afford dabbling in renewables, but apparently when capitalism works that means taxpayer dollars can fund healthcare, renewable energy, and endless Covid stimulus packages without concern for the bottom line.

Nothing Team Biden has done will help the environment. Instead, it will make life harder and more expensive for Americans. Rich frauds like Biden will always have access to and be able to afford natural gas and petroleum, but the diminishing middle class will get soaked as this plays out. John Kerry doesn’t sound like he is grounding that private jet anytime soon.

And to be sure, let’s be perfectly clear about one thing: The only rational and reasonable response to the notion of climate change is that 1) Yes, the climate is changing (it always changes) and 2) We do not know to what extent mankind is responsible. Moreover, even if we are responsible, so what? The story of human history, indeed all life, is adaptation. If temperatures and sea levels rise, society – and preferably the free market – will arrive at new technologies or solutions. Conversely, if both of these entities were to fall, humanity would likewise adapt. Like the deafening silence surrounding the micro event of shuttering the Keystone pipeline project, there is equally-deafening silence surrounding the macro events of restructuring society in the theorized (and consistently false) suppositions of climate change. To be sure, it’s only a cover to expand the central planners’ power. At any rate, greater greenhouse gas concentrations will presumably feed into more productive growing seasons for an ever-expanding human population.

Like Covid, the proposed cure to this alleged disease of climate change is insanely stupid and comes with far deadlier consequences. One certainty, based on all available evidence, is that the United States’ ability to reduce their total carbon emissions to 0% tomorrow would reduce the overall climate projections by .137 degrees Celsius over the course of 80 years. Amazingly, this same study said that every country could halt pollution today and the global temperature might be saved by just slightly more (.278 degrees Celsius). Nevertheless, false environmental narratives shape our political destiny.

This isn’t theoretical, either. For the past week, our entire country has been awash in frigid air temperatures, combated only with life-saving heat derived from fossil fuels. Everyone with a car that runs, a furnace that works, a fridge or freezer unit that preserves food, a water heater, or any number of other life-improving or life-enabling technologies owes their entire salvation to fossil fuels. Fact-checkers, try as they might to delude and deceive, cannot force us to unsee frozen turbines (thawed by petroleum-produced chemicals and lifted by fossil-fuel powered helicopters).

As of this writing, there have been 20 deaths attributed to the cold. That’s right, twenty. At one point, 150 million Americans were affected by uncommonly cool temperatures and still 100 million are without power. For some disgusting – but entirely predictable – reason, the unifying crowd on the left is cheering because Texas has been particularly hard hit. These are the same people that felt triumphant upon hearing that Rush Limbaugh had passed. Very compassionate and unifying. How did Donald Trump recognize the tragedy of the California wildfires or the passing of Ruth Bader Ginsburg? Oh yeah…with humanity and compassion.

Everything is so unifying now.

The renewable energy sector is propped up by American tax dollars that would be wasted somewhere else anyways, but this fruitless venture seems particularly wasteful. The quite obvious take on renewables is that if there were available technology or efficacy of producing, storiing, and selling energy derived from solar or wind farms, then the private sector would have already offered this. The fact is that renewable energy is more expensive and less efficient. This isn’t a difficult concept to understand; at least, it shouldn’t be.

As my columns have tended to note lately, it is time for the climate justice warriors to either put their money where their mouths are or go away. Naked hypocrisy doesn’t look good on anyone. If you are the type of person that is terrified of rising sea levels and temperatures (or apparently lower temperatures, too; everything is climate change!), then I mandate that you pitch a tent and eat only raw vegetables. You see, raising animals for meat contributes to climate change and so does burning wood fires. I will also have to demand that you cease driving a car and replace it with a bicycle. And my goodness – you will have to surrender your phone. Did you know phones are made with rare earth minerals? It takes a ton of energy to mine, transport, and prepare these elements for phone production. Plus, to charge a phone requires electricity. Since the electric grid of the United States is primarily powered by coal-burning plants and nuclear energy (which you also somehow hate?), obviously that phone is nothing but trouble. I will expect a pigeon to deliver your message that you have successfully eliminated your polluting habits.

For my part, thank goodness for fossil fuels that have afforded me the most comfortable, luxurious, and easy lifestyle in the history of mankind. Each day the furnace powers up in these conditions, I am grateful to not be huddled around a campfire or hibernating for an entire winter. I fear the day when natural gas and oil becomes verboten.

When It Gets Cold, Thank Goodness For Fossil Fuels is original content from Conservative Daily News - Where Americans go for news, current events and commentary they can trust - Conservative News Website for U.S. News, Political Cartoons and more.

Maybe If Texas Were Mexico

Is Individualism vs. Collectivism the New Left vs. Right?

CNN's Tapper: Many Republicans 'Clearly Have Lost Their...

Frank Luntz: 91% Of Trump Supporters Would Vote For Trump... 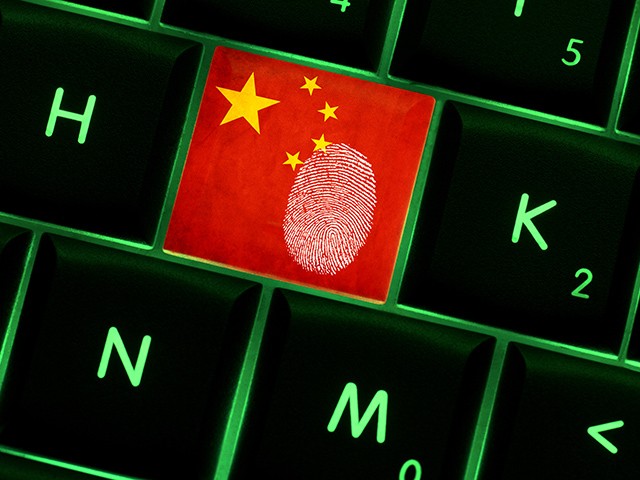