The argument for saving Lebanon

[Editor's note: This story originally was published by Real Clear World.] By Bill Cassidy and Marc Malek Real Clear World Once the Paris of the Middle East, the city of Beirut today is a hollow shell of its former self. Political deadlock, endemic corruption, malign Iranian influence through Hezbollah, and imminent economic collapse have Lebanon… The post The argument for saving Lebanon appeared first on WND. 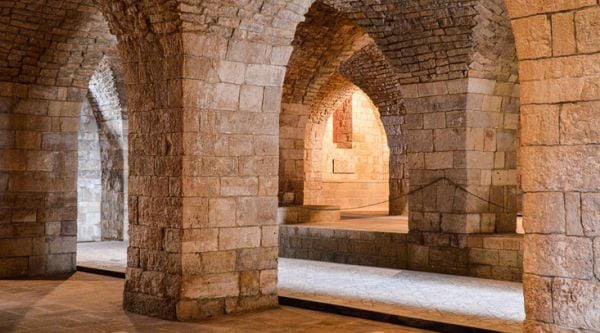 Once the Paris of the Middle East, the city of Beirut today is a hollow shell of its former self. Political deadlock, endemic corruption, malign Iranian influence through Hezbollah, and imminent economic collapse have Lebanon on the road to becoming the world’s next failed state. This crisis would have a disastrous ripple effect, threatening American interests and security across the region.

At the same time as COVID-19 broke out in 2020, years of corruption at the highest levels of Lebanon’s government finally caught up with the country. The central bank defaulted on $30 billion of debt in March 2020, and the value of the Lebanese pound collapsed. Its value now sits at 10% of what it was worth in late 2019. Last August, a huge stockpile of ammonium nitrate stored at the port of Beirut exploded, leaving 300,000 people homeless and causing billions in damages. Officials were aware of the dangers posed by the stockpile, but they let it sit there for years without properly disposal. This series of catastrophes sparked widespread protests and international concern, but Lebanon’s leaders face an uphill battle. Najib Mikati, the newly confirmed prime minister, has formed a government and received an initial injection of dollars from the International Monetary Fund. It remains to be seen if the new government will be able to make the substantial reforms needed to stabilize the political and economic situation.

Foreign actors are looking for ways to extend their influence to Lebanon’s prime stretch of shoreline on the Eastern Mediterranean. China would certainly like to have a client state. The Chinese have been discussing a bailout package directly with Hezbollah. That group’s leader, Hassan Nasrallah, has publicly backed Chinese offers of help, which include developing the Port of Tripoli as part of Beijing’s Belt and Road Initiative, and has recommended that Lebanon “look east” for a way out of its current predicament. Others in the country are wary of this approach, given Lebanon’s close relationship with France and its economic dependence on the U.S. dollar and remittances from expatriates in the West. However, a Chinese bailout must look more and more attractive as the country sinks toward rock bottom.

Iran also looms large, especially due to the presence of Hezbollah, an Iranian proxy led by followers of Iran’s revolutionary leaders and trained by its Revolutionary Guards. Hezbollah emerged to combat Israel’s occupation of South Lebanon, a predominantly Shiite area, during the country’s civil war, and the group has come to play an outsized role in the country. After the war ended, the group expanded its operations to include politics and ingratiated itself among the public by running hospitals, news outlets, and other social services. Hezbollah’s domination of Lebanese politics allows Iran to exert its malign influence and continue building its so-called axis of resistance across the Middle East. Of increasing concern, Hezbollah has added new revenue streams to fund their terrorist activity. Hezbollah has used their newfound expertise in international money laundering to become a big player in drug trafficking in Latin America. They are assisting drug cartels and fueling human trafficking through the U.S. -Mexican border. Hezbollah operates in the United States and Canada, smuggling, laundering money, and plotting attacks. The southern district of New York has indicted Venezuelan government official and key Hezbollah member Tareck El Aissami under the Foreign Narcotics Kingpin Designation Act for trafficking. The group’s extensive money-laundering activities, including trade-based money laundering, undermine the rule of law. A Lebanon that is completely under the sway of Iran and gives free rein to Hezbollah would cause geostrategic headaches for the United States, Israel, and other allies.

The United States and the West cannot continue to neglect this imminent crisis. As we’ve seen time and time again in Afghanistan, Syria, Yemen, and elsewhere, state failure causes disastrous ripple effects. Failed states lead to displacement and can morph into bases for terrorists to launch attacks on the West. Lebanon is particularly dangerous in both of these respects. The last thing the world needs is another failed state.

There are no easy answers. Supporting NGOs with direct aid for the Lebanese people and political elements not aligned with Hezbollah is a start. Individual sanctions on specific actors in Lebanon for the theft of public assets is a way to punish and leverage cooperation from those responsible. Continued international crackdown on the transnational criminal organizations and trade-based money laundering that Hezbollah collaborates with is another. Through these combined efforts and more, we can begin to make a difference.

The post The argument for saving Lebanon appeared first on WND.

Mitchell Robinson Sounds Off On Return: ‘It’s Gonna Be...

Bulls Forward Jumps to Defense of Kyrie Irving on Twitter

State wants out of lawsuit over its wrongful eviction of...