By Andrew Trunsky - Republican National Committee Chairwoman Ronna McDaniel called for Michigan’s Board of State Canvassers to delay certifying the state’s election results Saturday. In a letter cosigned by Michigan GOP Chairwoman Laura Cox, McDaniel, a Michigan native, called on the board to delay the certification by 14 days in order to allow for a complete audit and investigation … Republican National Committee Chairwoman Ronna McDaniel Calls For Michigan To Delay Certification Of Its Election Results is original content from Conservative Daily News - Where Americans go for news, current events and commentary they can trust - Conservative News Website for U.S. News, Political Cartoons and more. 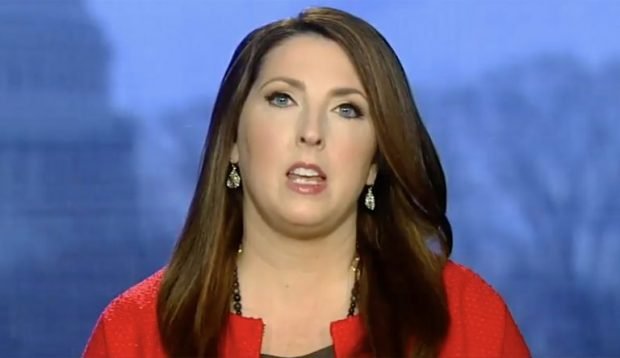 In a letter cosigned by Michigan GOP Chairwoman Laura Cox, McDaniel, a Michigan native, called on the board to delay the certification by 14 days in order to allow for a complete audit and investigation to address “numerical anomalies and credible reports of procedural irregularities.”

“To simply gloss over these irregularities now without a thorough audit would only foster feelings of distrust among Michigan’s electorate,” the letter says.

The irregularities we have seen in Michigan cannot simply be ignored away or brushed under the rug.

They must be confronted and thoroughly examined. @MIGOPChair and I are demanding a full and transparent audit in Wayne County!

Specifically, Republicans have objected over what they say could be an incorrect vote count due to the influx of mail-in ballots. McDaniel has also criticized Republican poll watchers’ ability to clearly observe ballots being tallied.

“Part of being able to observe is actually seeing the ballots, she said on Nov. 7, according to NPR.

The letter is Republicans’ latest attempt to halt the certification of Michigan’s results, which show President-elect Joe Biden beating President Donald Trump by over 150,000 votes. Trump failed to convince Michigan lawmakers to appoint electors in his favor or otherwise change the state’s results after they said that they would abide by the state’s certification laws.

Trump’s legal team filed a lawsuit alleging evidence of voter fraud in the state only to have drawn on data from Minnesota. His team also withdrew its federal lawsuit in the state earlier this week.

Michigan, one of a multitude of states where the Trump campaign has filed legal challenges, is set to certify its results on Monday, according to ClickOn Detroit.

Democrat, Big Tech and Media Actions to Steal the Election...