By Edwin Vazquez - American Government today is not what the Founders envisioned. What path are we taking? Is it too late to correct course? At the age of 14, George Washington wrote, “Rules of Civility,” a set of 110 rules on how to conduct oneself in public and in conversation. His 110th rule … Prospects of American Government is original content from Conservative Daily News - Where Americans go for news, current events and commentary they can trust - Conservative News Website for U.S. News, Political Cartoons and more. 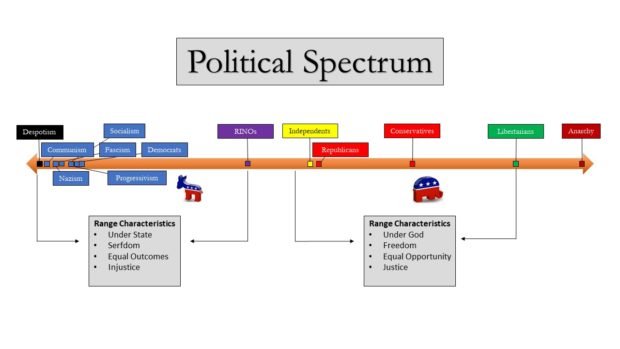 American Government today is not what the Founders envisioned. What path are we taking? Is it too late to correct course?

At the age of 14, George Washington wrote, “Rules of Civility,” a set of 110 rules on how to conduct oneself in public and in conversation. His 110th rule reads, “Labour to keep alive in your breast that little celestial fire called conscience.” Washington compiled this list from an English translation of a French book of maxims. This may lead one to ponder, what are our 14-year-old children learning today? Notwithstanding, Washington knew at an early age the importance of keeping a clean conscience. Acts 24:16 similarly demands, “Maintain always a blameless conscience both before God and before men.” Church Father Thomas Aquinas equates conscience with synderesis. Aquinas notes in Summa Theologica, that synderesis is that which “is said to witness, to bind, or incite, and also to accuse, torment, or rebuke.” It relates to natural law in that “it is a habit containing the precepts of natural law,” what he refers to as “the first principles of human actions.” Since all of humankind is subject to God’s eternal law, Aquinas notes that, “this participation of the eternal law in the rational creature is called the natural law.” The function of the natural law is to help us discern what is good from what is evil. Aquinas contends it is “an imprint on us of the Divine light.” It is that which binds the conscience. Romans 2:14-16 notes natural law as being “written in their hearts” with “their conscience bearing witness.” This is how our Founding Fathers understood the laws of nature, or natural law. Case in point, Alexander Hamilton in, The Farmer Refuted, wrote that “The law of nature, ‘which, being coeval with mankind, and dictated by God himself, is, of course, superior in obligation to any other. It is binding over all the globe, in all countries, and at all times. No human laws are of any validity, if contrary to this.’” Hamilton was quoting Blackstone. Historian David Barton notes in, Original Intent, that John Quincy Adam wrote, “The laws of nature and of nature’s God … of course presupposes the existence of a God, the moral Ruler of the Universe, and a rule of right and wrong, of just and unjust, binding upon man, preceding all institutions of human society and of government.” The astute reader would recognize the phrase “Laws of Nature and of Nature’s God” as being contained within the Declaration of Independence. Thus, this brief argument alludes to the fact that our nation was founded on Christian principles and that our Founding Fathers recognized God’s eternal law as binding and superior to any other. Barton also notes our founders recognized that natural rights “incorporated what God Himself had guaranteed to man in Scriptures.” To wit, anyone who wishes to know which other rights are “retained by the people,” as noted in the Ninth Amendment, need only to refer to Scriptures.

Our founding principles have been under attack for over a century. The first president to openly attack our founding documents was progressive president, Woodrow Wilson. In, Constitutional Government in the United States, Wilson railed against the Founders’ intentions in the Constitution to limit the power of government. He writes, “no government can be successfully conducted upon so mechanical a theory.” He further argues that the Constitution vested in the Court the “statesmanship of control,” and declares that future statesmen need only to look “to the Supreme Court to supply the interpretation which will serve the needs of the day.” Wilson is referring to a “living Constitution,” not a fixed document of textual meaning that established the “Law of the Land.” Wilson’s view of the Constitution has plagued the Court progressively since Wilson wrote those words. Justice Scalia referred to it as a “Constitution-making process.” Judge Robert Bork referred to it as “judicial activism” and defined it as “rulings of unconstitutionality.” The Court’s activism has played a major role at tearing down the original intent of the Constitution, particularly our religious freedom. The Supreme Court, the institution our founders created to be the independent defenders of the Constitution, has failed to live-up to its commission.

As our culture continues to degrade, and nihilism and bohemian behavior continues to be made the norm, our courts will continue to tear apart the principles of our founding. Judge Robert Bork alluded to this in, Slouching Toward Gomorrah: Modern Liberalism and American Decline. As this cultural erosion continues, our individual natural rights are infringed upon, and government does not waste an opportunity to increase its power and influence when faced with a natural or manufactured crisis. As Andrew Breitbart often noted, “Politics is downstream of culture.” For those who can see the writing on the wall, as scholar and economist Friedrich Hayek noted, this path leads only to The Road to Serfdom. Progressive Democrats have led the charge in making progress away from the principles of the founding and toward despotism. Along the way, they have successfully projected their crimes on the very people who fought against them. For instance, racism and segregation were crimes particular to the Democratic Party, and Republicans fought them every step of the way. Yet, Democrats deny these crimes and project them onto their opposition. These two articles contain more detail on the subject; “The Truth about Jim Crow” and “Reparations? For Whom?” The use of defense mechanisms such as denial, projection, and identification, are described in this article, “The Psychopathology of a Democrat.” Democrats have been successful at projecting these crimes because they control academia, the media, the entertainment industry, big tech, and big corporations. Nothing screams fascism more than this fact. The idea that Nazism and fascism are phenomena of the Left, are briefly discussed in “The Psychopathology of a Democrat.” Thus, under Democrat rule, America is slouching towards despotism. Abraham Lincoln warned about this in his Lyceum Address (1838), “If destruction be our lot, we must ourselves be its author and finisher. As a nation of freemen, we must live through all time, or die by suicide.”

To avoid despotism, what John Locke noted in his Second Treatise of Government to be, “an absolute, arbitrary power one man has over another, to take away his life, whenever he pleases,” we must counter the Left’s offensive with one of  our own. Clearly, election integrity is front and center in this struggle, and individual states are already taking steps towards this outcome, and not without resistance. It is important to mind what one reads and news one listens to. Reverend Isaac Watts alludes to this in, The Improvement of the Mind, “Always read with a design to lay your mind open to truth, and to embrace it wheresoever you find it, as well as to reject every falsehood, though it appear under ever so fair a disguise.” Watts, born in 17th century England, is warning about the evils of what we today refer to as “fake news” and propaganda. Noah Webster, one of our Founding Fathers, implored citizens to do their duty in ensuring a just government. Historian David Barton (quoting Webster) writes, “When a citizen gives his suffrage [his vote] to a man of known immorality he abuses his trust [civic responsibility]; he sacrifices not only his own interest, but that of his neighbor; he betrays the interest of his country.” These days, one may find oneself hard-pressed in electing statesmen of this caliber. It is nevertheless incumbent upon the citizenry to choose candidates who are not afraid to get into the fray to preserve our founding principles. There are still those who want to see our nation return to God, where freedom is valued over security, where opportunity is applied equally, and where true justice prevails. This group can no longer refer to itself as a silent majority. It is time to speak up and be bold. Our country hangs in the balance.

Prospects of American Government is original content from Conservative Daily News - Where Americans go for news, current events and commentary they can trust - Conservative News Website for U.S. News, Political Cartoons and more.

Supreme Court Rules Trump’s Taxes Can Be Turned Over to...

Biden Struggles to Speak Through Doom and Gloom Remarks...