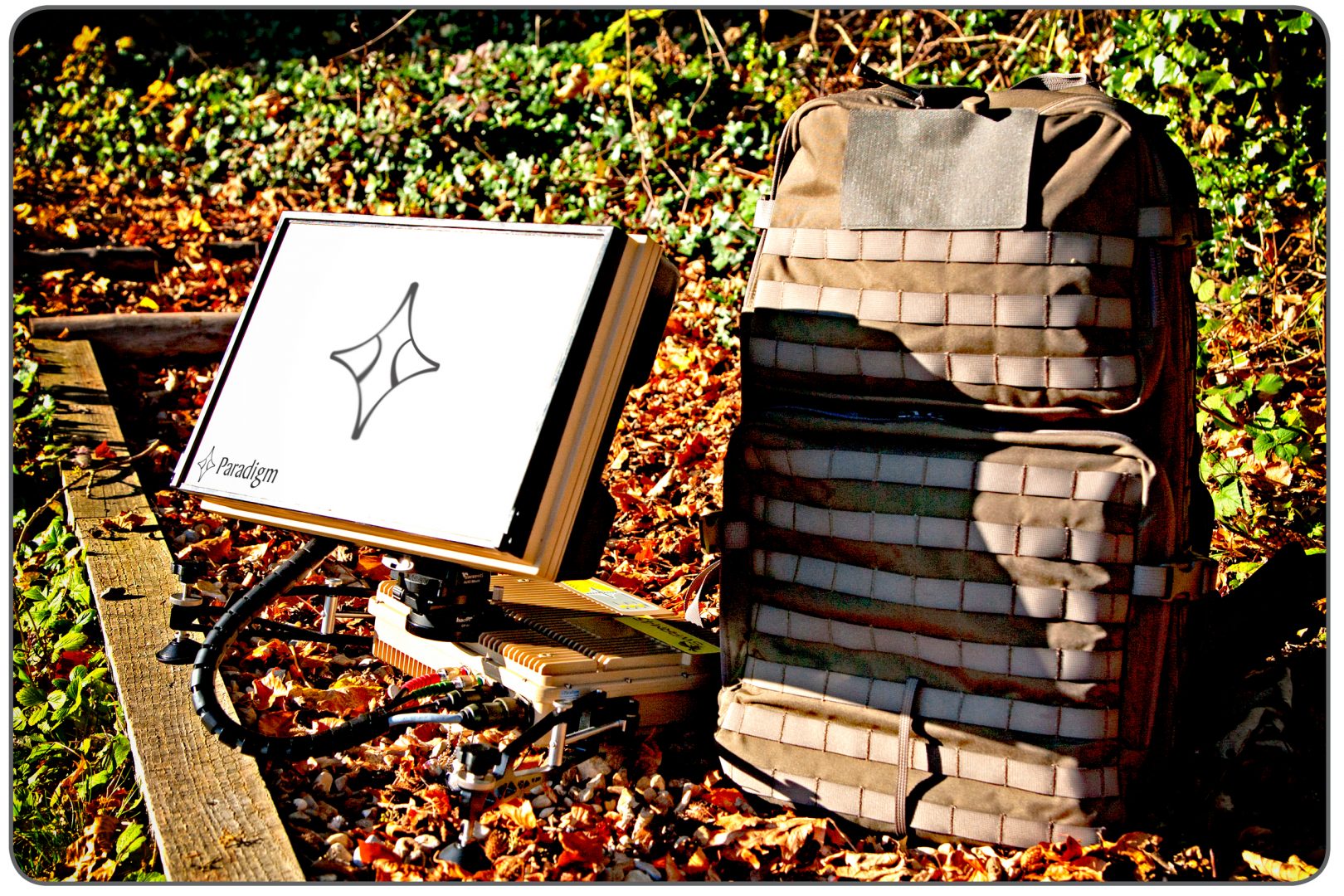 Satellite communication allows militaries to plan and synchronize their units in the field. Satellite terminals provide vital tactical communication on the move, but they often require specialists to set up and operate them. Paradigm claims to offer a simpler solution for the end-user via its Swarm satellite terminal and Paradigm interface module (PIM).

Paradigm Communication’s head of marketing Tom Farmer tells Army Technology: “The main differentiator with the PIM as far as the end-user in the field is concerned, is the simplicity of use. There are literally three touch buttons, there’s a LED lighting system that makes the pointing and operation of a satellite terminal extremely easy.”

PIM is modem- and terminal-agnostic, and as such, integrable to all major modems allowing a great choice of network flexibility. Operators can follow onboard visual and optional audio cues to set up and operate the terminal.

The device consists of a single, ruggedised unit that incorporates all parts that operators need to power and uses the satellite terminal. Three years ago, Paradigm introduced the PIM950, an advanced version of the module. Farmer says it was created in response to the increasing demand from military end-users needing to switch between different network options.

“The idea behind the PIM950 was to take what we did with the PIM which basically is to create something that is terminal- and modem-agnostic. So, it frees up that sort of flexibility for the military end-user and applies it to the networks, so on the field you can switch between Global Xpress, velocity or evolution networks literally with a simple click of a button drop-down menu,” Farmer says.

He says all this is possible without changing the hardware in the field.

Paradigm’s main aim is to deliver a product to end-users in critical conditions like, special operational forces, intelligence gathering missions, emergency response units or medical teams, that allows them to focus on the task at hand providing they have a simple tool with real-time communication.

The company’s lightweight and portable Swarm satellite terminal offers great operational flexibility and mobility. It can be assembled in under 90 seconds and ready for operations in under four minutes. Farmer says: “It’s our ultra-portable terminal and it’s empowered by PIM. But you can fit it in a backpack, it’s compliant, very light and ultra-ruggedised so it’s capable of withstanding the harshest of environments.”

He continues: “It combines that portability with performance. The reason that the performance is important is because we’re seeing increasingly that medical field teams will be streaming live video, in some cases, so it needs to support a certain amount of data in real-time consulting with their peers who can be anywhere else in the world.

“Swarm allows them to access expertise in real-time they need to deal with whatever situation they might find themselves in, whether it’s in an area that’s hit by a natural disaster, whether it’s in a conflict zone.”

PIM950’s transmission security capabilities are Federal Information Processing Standard compliant under publication number 140-2. But Farmer says military units usually have their own layer of security added to the terminal. Given the flexibility of the product, integrating extra security is simple. Farmer adds: “A lot of the things we do are in very close consultation with the end-user through our partners, and that’s to ensure that very particular requirements are met.”

During experiments, Swarm could provide network speeds capable of delivering high-definition video links and enabled medical equipment to connect to databases securely and wirelessly in real-time.

Paradigm claims that the PIM common terminal for satellite terminal solutions drives training costs down since a user can be trained to function a PIM terminal in less than 30 minutes.