Lt. Col. Stuart Scheller announcing the resignation of his commission. (Screenshot via YouTube / Stuart Scheller). "All I ask for is accountability: for people to comment and to say ‘yes, mistakes were made.’" The post Marine officer says he’s resigning his commission to ‘bring the system down’ over Afghanistan withdrawal appeared first on Task & Purpose. 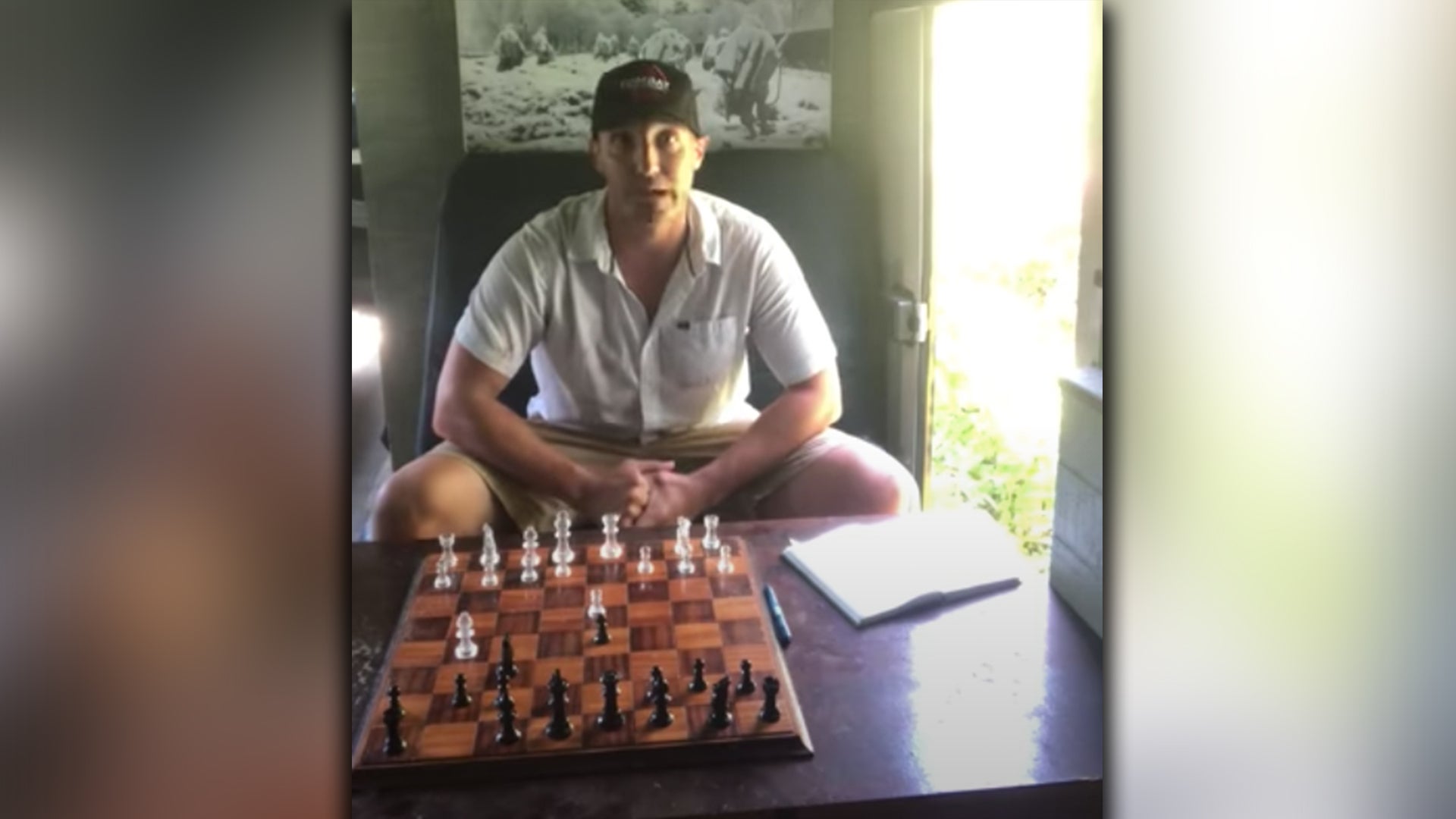 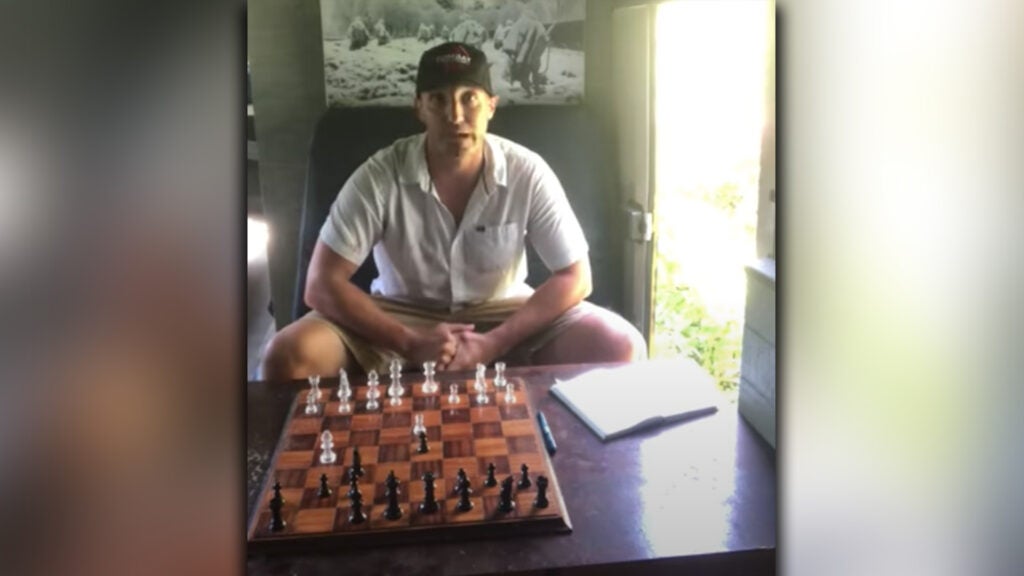 A Marine lieutenant colonel who made waves last week for calling out senior military leaders on social media over the U.S. military withdrawal from Afghanistan announced that he would be resigning his commission on Sunday in an unusual video where he also vowed to “bring the whole fucking system down.”

Lt. Col. Stuart Scheller’s 10-minute long video appears to have been shot in the back of a refurbished school bus somewhere in eastern North Carolina from which Scheller seemed to call for the support of both rank-and-file service members and blue-collar Americans.

“I don’t need a single dollar,” Scheller said. “I just need every single person who’s willing to go back outside the wire every single day, to wear a blue collar and just go into work every single day and feed their families. Those are the people that I need.”

Sunday’s video came two days after Scheller’s initial video message in which he aired frustrations with senior military leadership over their handling of the U.S. military’s withdrawal from Afghanistan and demanded accountability from those charged with overseeing the end of America’s longest war.

“I’m not saying we’ve got to be in Afghanistan forever, but I am saying: Did any of you throw your rank on the table and say ‘hey, it’s a bad idea to evacuate Bagram Airfield, a strategic airbase, before we evacuate everyone,’” Scheller asked in the Aug. 26 video he shared to Facebook and LinkedIn.

“Did anyone do that?” Scheller continued. “And when you didn’t think to do that, did anyone raise their hand and say ‘we completely messed this up.’”

The following afternoon on Aug. 27, Scheller — who was the battalion commander for Advanced Infantry Training Battalion at School of Infantry East at Camp Lejeune, North Carolina — announced on Facebook that he had been relieved of command, which was confirmed by the Marine Corps that same day.

“When my Marine Corps career comes to an end, I look forward to a new beginning,” Scheller wrote in the Aug. 27 post. “My life’s purpose is to make America the most lethal and effective foreign diplomacy instrument. While my days of hand to hand violence may be ending…I see a new light on the horizon.”

While getting relieved certainly doesn’t help one’s career, it’s not an immediate end to it. However, Scheller, who has 17 years of service under his belt and is just three years away from being able to retire with a pension, says that he is intent on forfeiting those benefits by resigning his commission.

“I am forfeiting retirement, all entitlements,” Scheller added. “I don’t want a single dollar.”

The Marine infantry officer said that there is currently no legal action pending against him, and that his impression was that his superiors’ plan was to “hide me away for three years, let an investigation take place but not send me to a board of inquiry where they would have separated me on other-than-honorable conditions.”

“All I asked for was accountability of my senior leaders when there are clear obvious mistakes that were made,” he said in the video. “I’m not saying we can take back what has been done. All I ask for is accountability: for people to comment on what I said and to say ‘yes mistakes were made.’ And had they done that I would have gone back into rank and file, submitted and accomplished what I wanted.”

Scheller did not respond to requests for comment on this story.

Now, it’s probably a good moment to pause and say that there is a lot happening in this video. There’s Scheller’s insistence that he’s not interested in receiving crowdfunding from eager supporters who’d offered to set up GoFundMe or Kickstarter accounts on his behalf; his request that those interested in giving money instead donate to the families of U.S. service members killed downrange; followed by Scheller providing his wife’s PayPal and Venmo account handles just moments later while insisting that no money will go to his family.

And then there’s his ruminations on how generals and full-bird colonels appear to prefer to use LinkedIn for social media while more junior ranks go in for Facebook. The video also includes some very specific gripes about commenters, one of whom Scheller served with in the Marines, and anecdotes from his past deployments and his observations about how after enough time and repetition, burning shit begins to smell like bacon and eggs.

The freewheeling and almost stream-of-conscious nature of the video raised eyebrows among observers online, which Politico’s Paul McLeary drew attention to Sunday evening:

And while assertions made from afar about an individual’s mental health should be taken with a grain of salt, there seemed to have been enough questions about Scheller’s second video that the Marine Corps took steps to check on his well being.

“We are aware of the video Lt. Col. Scheller released on Sunday afternoon,” Capt. Sam Stephenson, a spokesman for Marine Corps Training Education Command said in a statement. “Currently, the Marine Corps is taking appropriate action to ensure the safety and well-being of Lt. Col. Scheller and his family. As this is a developing situation, we cannot comment further at this time.”

Scheller addressed the speculation on Monday afternoon when he again posted to Facebook, this time to say that he was ordered by his commanding officer “to go to the hospital for a mental health screening.”

Scheller wrote that he respects his commanding officer, and he understands the order, but he argued that “excusing the actions of service members because of ‘PTSD’ does more damage to service members than any trauma in combat.”

He concluded the most recent message by once again saying that he intends to resign his commission:

“I am moving forward with my resignation,” Scheller wrote. “I, like many of you, am very scared.  But courage isn’t the absence of fear, it’s the ability to overcome it. At the end of the day, if I stand with accountability and integrity, the system can’t beat me.”

The post Marine officer says he’s resigning his commission to ‘bring the system down’ over Afghanistan withdrawal appeared first on Task & Purpose.

US Marine who says he rescued baby at Kabul airport investigated...

A look at why withdrawing from Afghanistan was the right...

Lessons From Apollo 8: The Fragility Of Earth As Seen From...

The most experienced A-10 pilot in history explains how...