By Chuck Ross - Two House Democrats sent letters Monday to a dozen television broadcasters suggesting that they stop airing Fox News, Newsmax, and One America News Network, a move which a Republican commissioner on the FCC called a “chilling transgression” aimed at deplatforming the conservative networks. “Are you planning to continue carrying Fox News, OANN, and Newsmax on … House Democrats Pressure TV Broadcasters To Deplatform Conservative Networks is original content from Conservative Daily News - Where Americans go for news, current events and commentary they can trust - Conservative News Website for U.S. News, Political Cartoons and more. 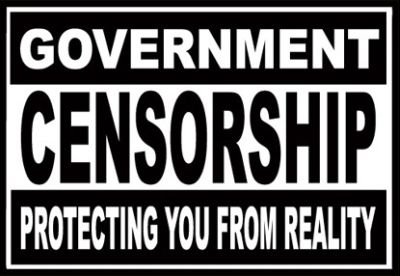 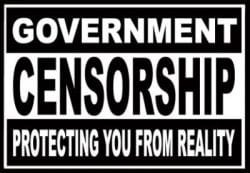 Two House Democrats sent letters Monday to a dozen television broadcasters suggesting that they stop airing Fox News, Newsmax, and One America News Network, a move which a Republican commissioner on the FCC called a “chilling transgression” aimed at deplatforming the conservative networks.

“Are you planning to continue carrying Fox News, OANN, and Newsmax on your platform both now and beyond the renewal date?” California Reps. Anna G. Eshoo and Jerry McNerney wrote in a letter to the companies.

Eshoo and McNerney asked the companies what steps they took after the 2020 presidential election “to monitor, respond to, and reduce the spread of disinformation, including encouragement or incitement of violence by channels your company disseminates to millions of Americans?”

The lawmakers blamed the three conservative outlets for spreading disinformation about voter fraud that led to the attack on the U.S. Capitol building on Jan. 6.

They asserted that the cable and streaming companies “have done nothing in response to the misinformation aired by these outlets.”

Brendan Carr, a Trump-appointed commissioner on the Federal Communications Commission, called the letter a “chilling transgression” against the networks aimed at stifling editorial decisions and political speech.

“I call on my FCC colleagues to join me in publicly denouncing this attempt to stifle political speech and independent news judgment,” Carr said in a statement on Twitter.

“The Democrats are sending a message that is as clear as it is troubling — these regulated entities will pay a price if the targeted newsrooms do not conform to Democrats’ preferred political narratives.”

Eshoo and McNerney sit on the House Committee on Energy & Commerce, which will hold a hearing on Wednesday entitled “Fanning the Flames: Disinformation and Extremism in the Media.”

“Some broadcasters’ and cable networks’ increasing reliance on conspiracy theories and misleading or patently false information raises questions about their devotion to journalistic integrity,” Democrats on the committee wrote of the hearing.

“We look forward to hearing from media experts about what is being done and what more can be done to address this growing problem moving forward.”

Momentum has been building since the election to deplatform various conservative media companies and conservative personalities. The most prominent example is Twitter and Facebook’s banning of President Donald Trump following the Capitol riots.

Three other Big Tech firms, Apple, Google and Amazon, all cut access after the riots to Parler, the social media platform popular with conservatives.

The companies alleged that conservatives had used Parler to spread election-related disinformation and to organize the assault on the Capitol, though Facebook was mentioned far more often in charging documents against rioters who have been arrested so far.

Merrick Garland Was Asked If Biological Males Should Compete In Women’s Sports....

New York Bill Allows for State to Detain You If You Are...