GOP Rep. Guy Reschenthaler: Liz Cheney Could be OUT by Wednesday (AUDIO) Rep. Guy Reschenthaler (R-PA) said that Liz Cheney will be OUT as GOP conference chair next Wednesday.

Reschenthaler spent all week whipping votes to strip Trump hater Liz Cheney of her Chairmanship of the GOP conference.

The feud between Trump and Liz Cheney reached a fever pitch this week after the RINO lawmaker lashed out at Trump for speaking the truth about the fraudulent 2020 election.

Cheney also ran to the Washington Post and wrote a toxic op-ed trashing Trump and his supporters.

Earlier this week Rep. Reschenthaler told The Gateway Pundit that he has spoken to a number of his GOP colleagues and if a vote to recall Liz Cheney and replace her with Rep. Elise Stefanik were held today, Stefanik would win by a “significant margin.”

Reschenthaler said Thursday during an interview with Rose Unplugged on WJAS 1320 that Cheney could be out by Wednesday.

The post GOP Rep. Guy Reschenthaler: Liz Cheney Could be OUT by Wednesday (AUDIO) appeared first on The Gateway Pundit.

Psaki Gets Hit With a Hunter Biden Question, Her Answer... 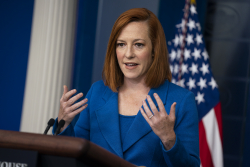 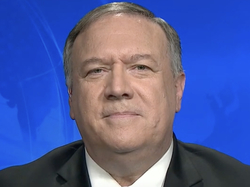