After countless irregularities in the 2020 election and questions that arose due to the handling of ballots, counting of ballots, and absentee ballots, a Michigan judge has ruled that Michigan’s Secretary of State did in fact direct city clerks to ignore signature matching law on absentee ballots in the 2020 election.  However, the ruling appears to be too little too late to have any effect on the fantastically mismanaged 2020 election that millions of reasonable Americans do not trust.

100 Percent Fed Up reports – A 2019 lawsuit filed in Michigan by Marc Elias of the infamous Democrat’s law firm Perkins Coie on behalf of the progressive group, Priorities USA insisted that signature verification was somehow illegal because it disenfranchised voters.

According to a new ruling in a separate case in Michigan, Democrat Secretary of State Jocelyn Benson likely agreed with that sentiment.

Because Benson did not go through the proper rule-making process when issuing the guidance, clerks do not need to comply with it for future elections, Murray ruled last week.

“The presumption is found nowhere in state law,” wrote Murray, an appointee of Republican former Gov. John Engler. “The mandatory presumption goes beyond the realm of mere advice and direction, and instead is a substantive directive that adds to the pertinent signature-matching standards.”

But the ruling has come too late to matter, despite all the irregular data.

“The Michigan Republican Party, one of the plaintiffs in the suit, celebrated the decision but noted it came too late to make a difference in the November election.

Michigan Republicans say they were certain from the outset that Benson had obviously violated Michigan law, yet all of this seems to have been swept under the rug until now in the media:

“It was clear from the outset that the secretary of state had violated Election Law by unilaterally directing local clerks to ignore their statutory obligation to compare absentee ballot signatures,” said Ted Goodman, communications director for the state GOP.

Michigan law requires clerks to match required signatures on absentee ballot applications and absentee ballot envelopes with the voter signature on file to ensure the person submitting the ballot is the same one registered to vote in Michigan.

But state law doesn’t define what it means for signatures to “agree sufficiently.”

Benson on Oct. 6 instructed clerks who were matching signatures that they “must perform” their duties under the “presumption” that the signature is valid and uphold the signature’s validity if there were “more matching features than nonmatching features.” Whenever possible, clerks and election officials were instructed to resolve slight differences “in favor of finding that the voter’s signature was valid,” Murray wrote.

Absentee and mail-in ballots tend to favor Democrats dramatically.  So, if clerks are instructed to be more lenient with them, it goes to reason that the total Democrat vote will be increased significantly if signature verification measures are ignored or made more lax.

The Detroit News goes on:

Allegan County Clerk Robert Genetski and the Michigan Republican Party filed a complaint the same day and amended it Dec. 30 to argue the directive was unlawful. But Genetski did not allege that Benson’s directive “caused him to accept a signature that he believed was invalid,” according to Murray’s decision.

“Policy determinations like the one at issue — which places a thumb on the scale in favor of a signature’s validity — should be made pursuant to properly promulgated rules under the APA or by the Legislature,” he wrote.

So, what gives here?  The judge stated that Benson’s directive “violated the Administrative Procedures Act,” but then also stated that she didn’t violate election law.  How can this be?  And, if a law was broken or ignored, why is a judge not requiring a proper audit of the election by someone other than Benson?

“Murray rejected a request for additional audits to look at the effect the directive had on the November election.

The Michigan Constitution only speaks to “election results,” not to the process by which signatures are matched, and the Constitution leaves the manner by which an audit is conducted to the secretary of state.

“There is no support in the statute for plaintiffs to demand that an audit cover the subject of their choosing or to dictate the manner in which an audit is conducted,” Murray wrote.”

Now that the election is over, Michigan Republican rhetoric is very firm and resolved–and perhaps nearly moot:

“If she wants to make changes like these, she needs to work with the Legislature or properly promulgate them through the laws we have on the books — in this case the Administrative Procedures Act,” Hall said.”

If all of this was so obvious, why was nothing done about it until now?  If Benson does the same thing (or worse) in the 2022 election, will anything come of it?  No repercussions seem to be taking place this time around.

What more are Republicans and Michiganders going to do to rectify this egregious violation in the future so they can have faith in their elected officials and their electoral process?

“I Hope that Happens – I’ll Have an Even Stronger Feeling Towards Running. I’m Not...

What is Wrong with Old Joe? Biden to Spend the Night at His Home in Wilmington AGAIN...

Photo Collage Reveals Who Commits the Mass Shootings in...

Curlier, thicker ponytails and braids to be allowed under...

By R. Mitchell - Summary: President Joe Biden will receive his daily briefing on...

Nearly a decade after the theft, at least nine AK-74s remain missing.

Sgt. Maj. Benito A. Perez received 179 days of confinement and a reduction in rank...

“At this point in the investigation we do have credible information that the soldiers... 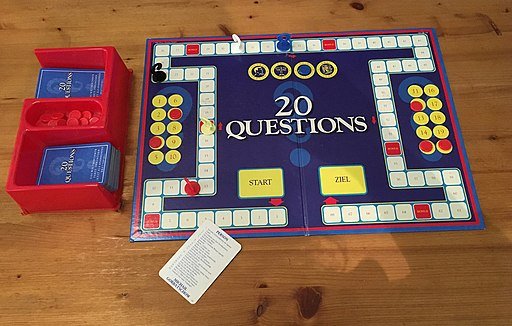 20 questions the Left should be asked but will never answer

By Karen Kataline - Have you ever played Twenty Questions? Here are twenty that...